VOLKSWAGEN’S global emissions scandal has caused Australian customers to more closely scrutinise the quality of service at dealerships, but the company says they are also becoming less likely to have cause for concern since a dedicated local customer experience department was established 13 months ago.

The new division is overseen by customer experience director Jason Bradshaw, who in addition to his thought leadership and public speaking on the subject has a track record of improving satisfaction across various industries including for household names such as Telstra, Optus, Fairfax Media and Target.

“As a result of emissions, the magnifying glass is much stronger than it normally would be,” Mr Bradshaw told GoAuto.

“For example, if the car had been for a service, we’d washed the car and there was a small smudge left on the windscreen, historically that would not be great but in the eyes of a customer, not an issue as such.

“With the result of emissions, customers are seeing every small item like that as, ‘well you should be paying more attention’. That’s fair enough.”

Mr Bradshaw said his department had made a promising start, with improvements in the results from more than 40,000 customer satisfaction surveys received during the past 12 months, despite the backdrop of its ongoing emissions scandal.

“From that survey we have seen improvements, so despite the emissions we have been able to get our network focussed on the improvements they needed to make, which is ultimately benefiting our customers,” he said.

Despite the timing of his appointment, Mr Bradshaw’s department was not created as a knee-jerk reaction to the ‘Dieselgate’ drama that started unfolding in September 2015.

“I started talking with (former VW Group Australia MD) John White about this role back in July of last year so it certainly wasn’t a short recruitment process,” he said.

Although Mr Bradshaw’s team has so far been successful in turning around Volkswagen’s unenviable customer satisfaction reputation, he admitted there was still much work to do. 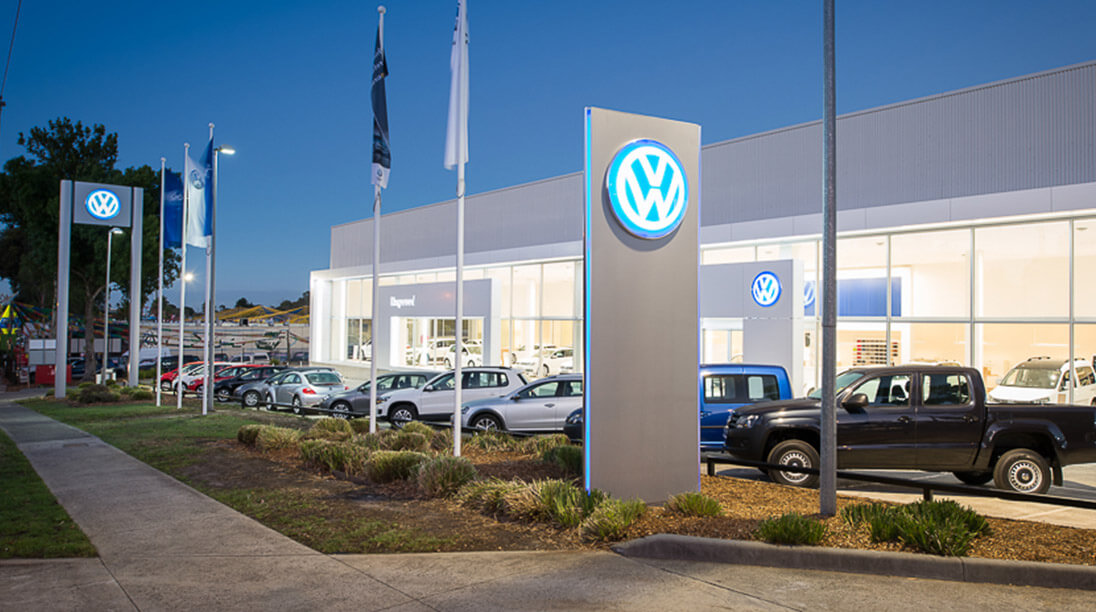 “At a national level we have seen significant growth across aftersales and sales experience, but the reality is that our aftersales area still has some way to go and that needs to improve perhaps faster than it has been,” he said.

“But the good news is that we have been having growth in all of our dealers, even our worst-performing dealers are improving and at a dealership level we have had some dealers improve their individual satisfaction scores by up to 20 per cent based on customer feedback.

“Our goal is to make our worst a lot better than it currently is, but the fact every dealership is improving is a good reflection that our programs are starting to work.”

VW’s current customer satisfaction survey program has been in place for around two years, with the 2016 response level a significant leap over the 30,000 participants last year.

Mr Bradshaw is keen to further increase feedback levels beyond the current rate of 75 per cent for sales and 50 per cent for aftersales, working with dealerships to encourage their customers to participate and developing an SMS survey invitation to make participation more convenient and is expected to boost numbers by 10 per cent.

He said the scheme will be expanded to take insights from customer feedback directly to the dealers, including vehicle-specific owner feedback provided in 30-minute workshops as part of the dealer launch process for new products.

“We took every dealer that attended both the Amarok and the Tiguan launches for a 30-minute workshop on customer experience specifically as it relates to that vehicle and what insights from customers that bought the previous edition taught us,” he said.

But Mr Bradshaw is not stopping there, he wants to delve deeper into the knock-on effect of how dealerships go about addressing problems for customers.

“Next year we are going to take actionable insights a step further,” he said. “When something goes wrong and we fix it, we are going to look at how we fixed it so we can start rapidly unpacking the process issues that are systemically causing other customer issues,” he said.

Mr Bradshaw has also ensured that the dealership training team, including technical staff, reports to him so that prioritising customer satisfaction is embedded into every touch point between headquarters and its dealerships. 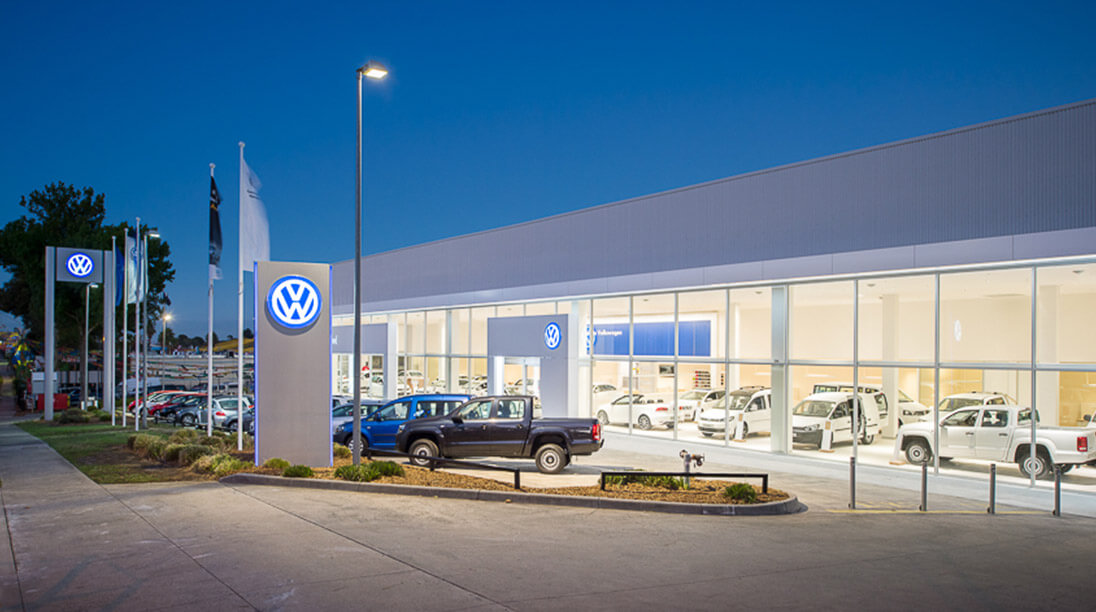 He has also instigated a compulsory online training program for every person joining the Australian Volkswagen network that instils “what we mean by the term customer experience, what does ‘good’ look like and how you deliver that”. Among the most successful strategies have been holding dealerships to account via the star-rating system published on its public ‘find a dealer’ web page in July and acting on customer insights.

But Mr Bradshaw said a stand-out initiative was taking 25 dealers on a study tour to the United States, including time with respected automotive customer experience experts Joseph Michelli and Scott McKain, plus sessions at the Walt Disney Institute and Ritz Carlton Leadership Academy.

“At the end of that intensive week every dealer said that if anything, they knew they needed to work harder and faster to improve their customer experience,” said Mr Bradshaw, who noticed a ripple effect throughout all 103 dealerships following the tour.

“Some dealers who didn’t get to come on the trip were calling my office and asking how to get on if we do the trip again and even offering to pay their own way because they see the value of getting things right,” he said.

As GoAuto reported in September, the star ratings system revealed almost a quarter of VW dealerships were rated average or below average for aftersales experience.

Of this, Mr Bradshaw said there was “no greater time for this company to be transparent than now”.

“It also sends a really clear message to the market, to our customers and to our dealers that we are not going to hide behind anything.”

He added that the system sends a clear message to dealerships about the importance of customer service, but said there had been no backlash from poor performers and an overwhelming desire to improve among those in the network.

“I think our dealers should be commended for their response to our programs this year. I have not had one dealer ring my office or anyone in my team to say they don’t want to participate in the star ratings or they don’t agree with it.

“Obviously some of them would like to have a better star rating than they currently have but instead of simply saying the system is wrong or that we shouldn’t do it, they work with my team to identify areas where they can improve and are putting in processes and training to improve.”

Asked what would happen if all dealerships improved to the level required for a five-star rating, Mr Bradshaw said the goalposts would be moved.

“We need to evolve our five-star program in line with customer expectations … At a point in time we will look at making the gateway into five stars harder than it currently is – it is already fairly difficult – because our customers will demand that. Keeping that validity in the program is absolutely essential.”

Compared with other online review systems such as those provided by Google and Facebook, Mr Bradshaw said the volume of information that goes into VW’s system makes it “statistically sound”.

“With our next-generation website launching soon, we will start disclosing the number of reviews that have contributed to the star rating, to give it more validity,” he said.

Asked what contributed to Volkswagen’s poor reputation in Australia, Mr Bradshaw said the brand’s transition from being independently imported to establishing a factory-owned subsidiary operation with a primary objective of rapid sales growth had meant customer satisfaction “wasn’t necessarily a standard we were diligently focused on”.

He also believed the so-far successful customer satisfaction turnaround would not have been possible without a dedicated department headed by a board member.

“Customer satisfaction is now somebody’s task within a department. I sit on the board of directors and the only person higher than a director in Volkswagen Australia is the managing director,” he said.

“Having that singular focus is helping us move the business and part of my role is holding up the internal mirror and asking, ‘is this what we want to deliver to the dealers, who are our customer as much as our owners and drivers?’

“You can’t do that if you are a team leader sitting in a department a few layers beneath a director.”

Mr Bradshaw described his department as “a proactive step to position us strongly for the years ahead and to move us to where we genuinely needed to be, which is to match our customers’ experience to that of our vehicles”.

“Our products are by far a joy to drive but that alone won’t win in years to come as we also want our customers to have the joy of ownership, otherwise the disconnect can be quite jarring,” he said.

“We are passionate about becoming the benchmark in customer experience. We’re not there today but it is certainly our focus.”